According to McKinsey (2021), effective communication is one of the most 13 important skills for employees to develop their career path. Communication does not only limit within people’s daily basis, but also in business fields, negotiation, cooperations, and even in human resource management or interviewing and training the workforce.  Communication occurs effectively when the speaker knows how to summarise relevant information, analysing and evaluating the context objectively, and pointing out a reasonable conclusion. Especially in Business Administration, summarising and analysing information in many cases will be associated with analysing data. One of the most popular and helpful methods assists this activity is SPSS.
1. WHAT IS SPSS? SPSS software (Statistical Package for the Social Sciences) is a computer program established for analysing data. It was first set up in the year 1968 by SPSS Inc and then was acquired by IBM in 2009. SPSS was initially invented for analysing scientific data and the application of social sciences fields. Nowadays, this method is getting more popular in economic studies and social sciences research. 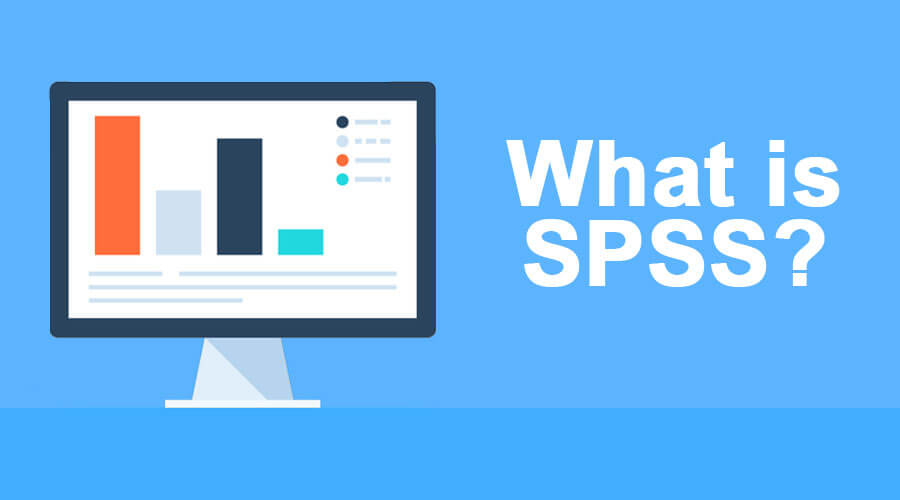 2. SPSS OR MS-EXCEL? Both SPSS and Ms-Excel are the two most popular methods in sorting and processing data for quantitative reports or scientific research, but there are a few differences between them. Which one will be the better option for users? SPSS software is generally more powerful than MS-EXCEL as SPSS allows users to calculate and manipulate data as per IBM guidelines at a faster speed and better performance, whereas MS-Excel’s functions are just to manage and store data with formulated operations defined by Microsoft.  More additional services are set up for SPSS users compared to that of Ms-Excel. Therefore, SPSS is a better choice for those who often conduct more complex quantitative reports. Besides, SPSS can provide users with better modelling, preparation of graphics and analysing, and it works more quickly than Ms-Excel. With some limitations in functions, Ms-Excel is not able to support users in more complicated reports. This tool is said to be more relevant for those who have just approached quantitative reports. Thus, when you want your quantitative reports more professional, SPSS is recommended to be a method for your research. 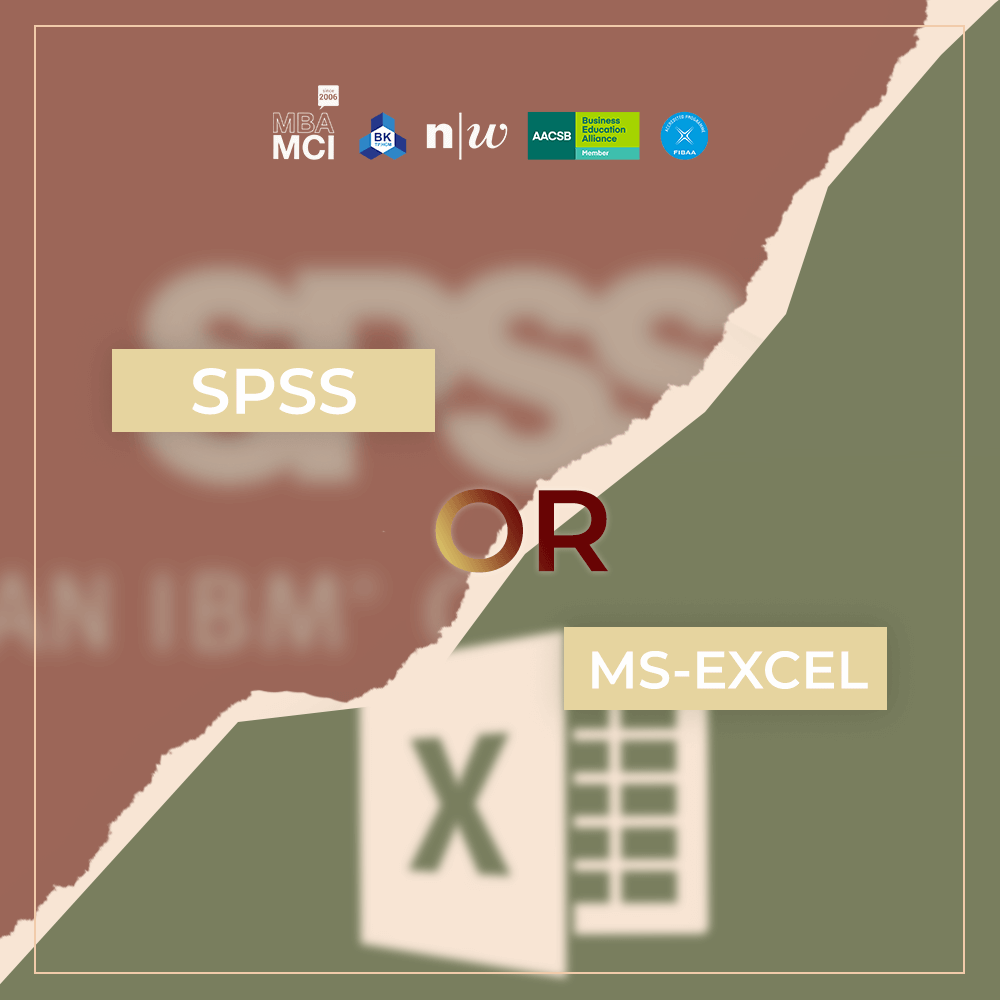 There are 4 main functions of SPSS including recode variable, crosstab/ frequency, multiple responses, compare mean.  In this section, we introduce you the 2 first functions:

There are 2 common types of record variables consisting of recoding into different variables and recording into the same variables. 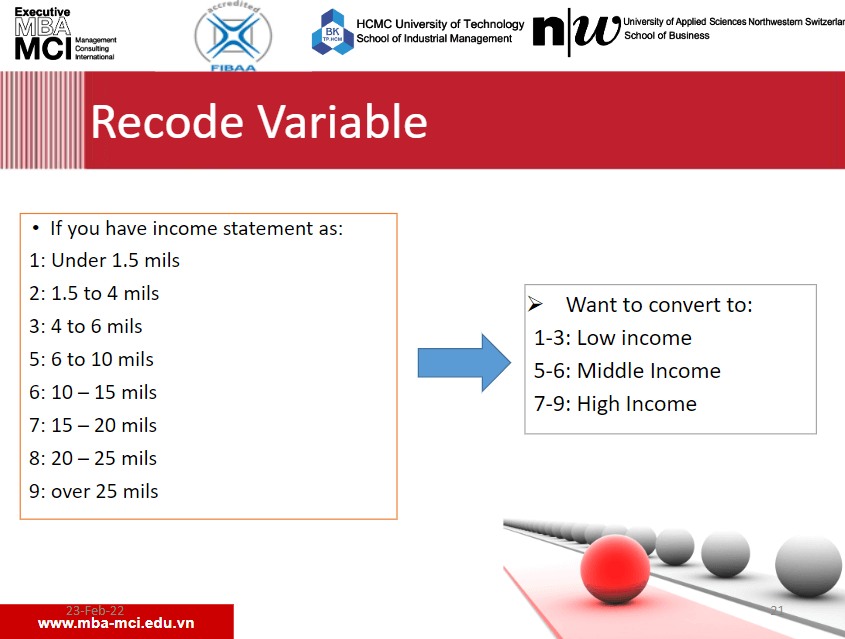 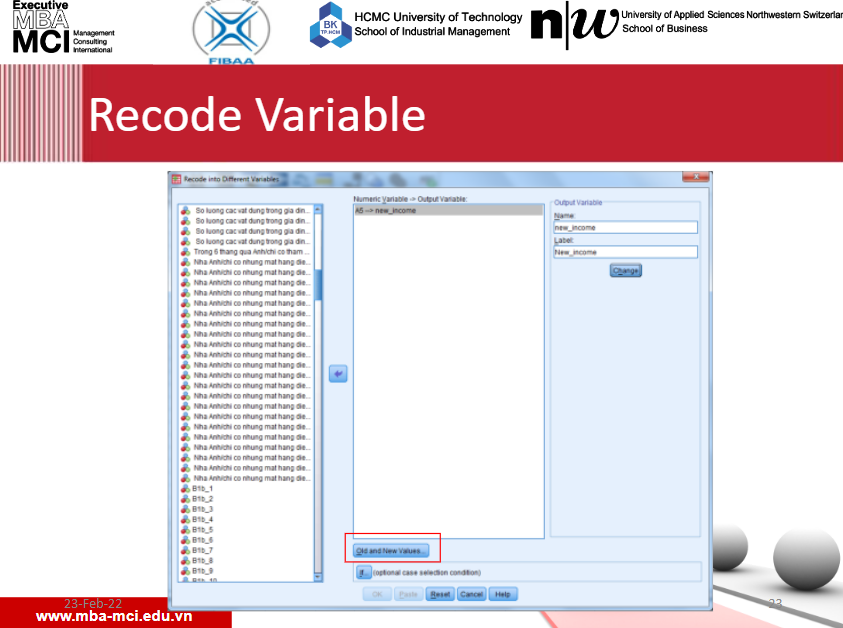 To understand the way of analysing data by using SPSS is not difficult. However, knowing to apply SPSS effectively in analysing and deciding business strategies is not an easy thing. Therefore, this is also the main reason leading to the decision of establishing the subject “Communication skills in consulting” for learners in order to narrow down necessary functions of SPSS and help learners apply knowledge to the real context better.