Why Do Companies Prefer MBAs?

The phrase “MBA preferred” gets a lot of play in Monster’s online job listings. But what does it really mean? According to the schools that educate them and employers that hire them, MBAs are sought after for their ability to think critically, deal with ambiguity and solve complex problems. 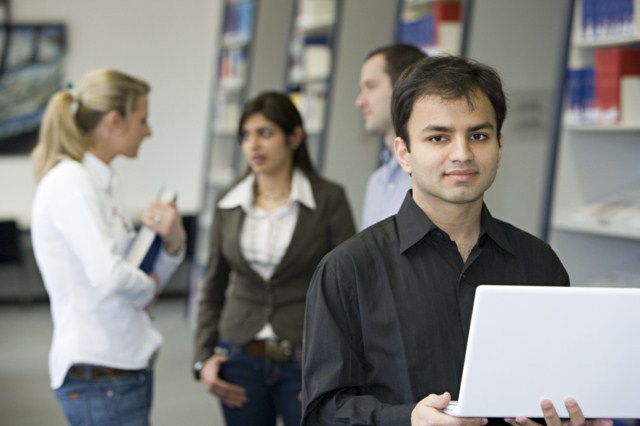 In the broadest sense, the master of business administration degree represents a way of thinking, not just a set of financial skills and business knowledge. When asked why Williams-Sonoma hires MBAs, HR manager Leslie Zurburg says, “We are looking for the 50,000-foot view — the strategic thinker who takes an analytical approach.”

Operations managers who have risen through the company’s ranks are experts at getting things done, Zurburg says. But MBAs from the outside can bring a fresh perspective, like figuring out how to improve key business processes, such as filling catalog orders.

An MBA can evaluate a company by looking at its financials, but that’s not why employers want them, says Muhammad Abdullah, former director of the MBA program at Charlotte, North Carolina-based Pfeiffer University and now an associate professor of business law. They also ask if the numbers make sense in terms of other realities. The process of earning the degree teaches MBAs to think critically. “That’s a vital skill that can help, no matter what happens,” says Abdullah.

Critical thinking is not a course per se. But this ability is woven into the MBA curriculum, which relies heavily on the case-study approach. This requires students to evaluate business dilemmas and formulate the best plan of action. According to Abdullah, case studies typically reflect current issues — that’s another advantage of MBA training.

John Pantano, cofounder and vice president of sales and marketing at Lawrence, Massachusetts-based Radianse, a startup that develops indoor global-positioning products to help hospitals keep track of patients, doctors and other medical staff, hires MBAs because they have “professional training in problem solving. They know how to frame problems, ask questions and collect data.”

Pantano looks for MBA candidates who are ready to answer more than just stock questions. “They have done some research, called a few customers,” he explains. “You get a sense of how they might spend their first 60 days on the job, and that is impressive.”

At Basking Ridge, New Jersey-based Avaya, which sells enterprise telephony systems, MBA hires are part of the company’s strategy to build a leadership pipeline, says Rob LeFever, senior manager of university leadership programs. Avaya likes MBAs for their ability to deal with ambiguity and create changes that help the company compete in the telecommunications On campus recruiting trips, Avaya looks for candidates who demonstrate the ability to maximize talent, enroll others, champion change, look at the big picture and optimize Avaya’s interests.

The degree itself is not a guarantee, says LeFever. “Many MBAs have gaps,” he explains. “It comes down to the person” and their accomplishments. For example, if an MBA candidate says, “I lead the team that revised the billing process,” Avaya recruiters dig deeper. If the process improvement didn’t yield a result, the candidate may not make the cut.

MBAs: Not All Alike

“Getting an MBA is a big accomplishment,” says Michele Rapp, associate director of graduate student career services at Boston-based Suffolk University. “But once you have it, you still have to compete for jobs. MBA students say, ‘I want to interview at  [a top consulting firm],’ and I tell them, ‘That company recruits only from top-10 schools.’ You have to be realistic.”

Top schools are brand names, agrees Abdullah. When you are competing against a brand name, “the burden of proof is on you,” he says, even though core MBA courses remain remarkably similar across different institutions.